We're all in this Together

It’s been just about a month since the Florida Shooting. Students marched on the Florida House, asking them to ban assault weapons, and were met with refusal when not a single Republican voted to even consider banning assault rifles.

Of course, all the Democrats voted to consider banning assault rifles. I only mention this comparison as an example of how divided along party lines we’ve become, and I can’t help but feel like I’m watching a three-legged race and the participants are fighting about which way to go.

Somewhere along the way, we’ve lost our connection to each other and to the world. I know this is not really “news,” but we’ve lost so much of our ability to see the big picture that sometimes I think we don’t even realize that we should be connected anymore. We don’t know what it means to feel connected, and unless we fix this, we can’t help fix the rest of what needs fixing in the world.

Guns and school shootings are, of course, major problems, but I’m not sure why everyone seems to see it as either a mental health issue, a parenting issue, or a gun issue. How simplistic can we get?

Obviously, Guns ARE a problem when in the wrong hands, and obviously, mental health issues ARE a huge factor in these shootings, and obviously, whether or not children are taught to value life, IS a huge issue, but no one wants to work with anyone else to find solutions, to any of it. 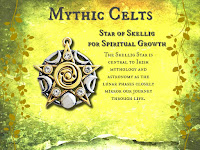 The ray of hope in all of this is just beginning to make itself known. The generation about to be of age is tired of this shit. It’s been coming, but this seems to have been the final straw. These kids grew up with science and technology, and they know the tools available to them better than anyone over 35 ever will. They know the power of social media, and they know how to stand up for themselves.

The students of Marjory Stoneman Douglas High School and others like them will be the ones to carry us into a more enlightened age. We started moving in this direction in the sixties, and these kids can carry what started then into the future. They know what needs to happen and are willing to do what it takes to make it happen.

Free Spell Friday will return this week with a group spell for peace that we’ll do on Saturday the 25th. Where ever you are on Saturday at midnight, let’s cast this spell together. It’s a simple set up, and all you really need are candles, but while we will do this as a group, it’s your spell, so you may want to add herbs, oils, or other symbols or tools to your spell.  I will tell you on Friday what I’m adding. The object is simply to send a wave of peace. You can so this spell on your own or in a group.

Posted by Pagan Realms at 6:50 PM No comments: